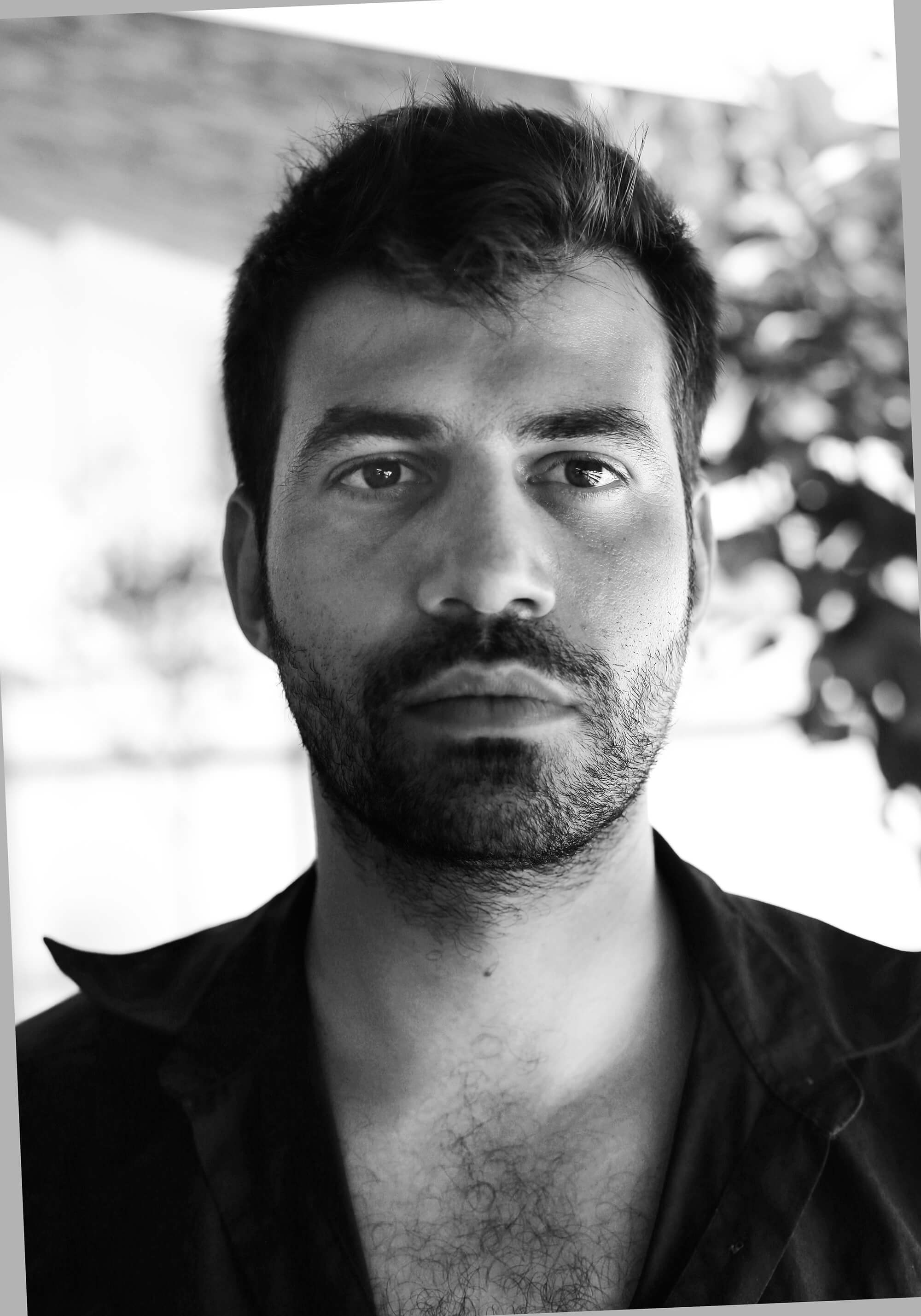 Born on the 24th of May '82 in Frankfurt, he was raised in Santa Monica and Munich. As a twelve year old he received as a present from his parents a VHS copy of 'Reservoir Dogs'.

Until then his grand plan was to finish school as fast as possible and become an astronaut – in the 80ies and 90ies there was a serious bid to conquer Mars. The duration of the travel would only take around eleven months in one direction, basically the same amount that an average citizen spends over a life time in traffic jams.

But from the moment that he watched Steve Buscemi and Harvey Keitel in 'Reservoir Dogs' everything changed:
'Bad Lieutenant' and 'Goodfellas', 'Léon – the Professional' and 'Lost Highway', 'Chungking Express' and 'Fallen Angels' - 90ies cinema got a serious grip on him.

Twenty years later in March of 2014 he enjoyed the feeling of the morning wind around his ears while he sped on his racing bike towards the Kottbusser Tor, where on the 11th floor of a project building the light crew was setting up for the shooting of 'After Spring Comes Fall', which would become his first feature film.

Later the movie had it's Premiere at the Hofer Filmfestspiele in 2015 and would take him around the world: to the GIFF in Göteburg, the 39th Mostra in Sao Paulo, the Jaffna International Cinema Festival on the island of Sri Lanka, to San Francisco, Beijing, Tangiers, Casablanca and Kopenhagen.

'After Spring Comes Fall' was awarded Best Feature at the Vilmos Szigmond Festival in Hungary and Best Production at the Achtung Berlin Festival. And it won the 'Michael Ballhaus-Award' for Best Cinematography at the First Steps Awards in 2015 – the highest newcomer awards in Europe.

He worked for ARTE and BBC Arabic as a TV journalist in Israel and the Palestinian Territories.

His second feature 'The Devil's Drivers, a documentary about human traffic, has premiered at TIFF in September 2021.

Daniel lives in Los Angeles where he just graduated from the American Film Institute.

I'm very happy to announce that my film 'The Devil's Drivers' has just won the Sunbird Award for Best Documentary.